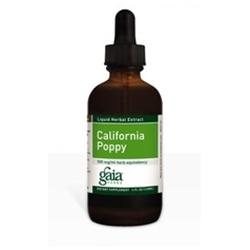 The US Formulary of 1918 says of this botanical: "Attention has been brought to this California member of the Papaveraceae, as a powerful herb for calming and supporting sleep. Native American tribes from different parts of California used this plant for many medicinal purposes- especially as a calming agent. The Pomo tribes from areas north of what is now Sacramento reportedly used the crushed seeds as a topical application, while the Mendocino used a root preparation as an external cleansing agent and internally. It was used by the Costanoan tribes from what is now Monterey to promote healthy sleep (Soporific). It has a long tradition of use in Western Botanical medicine as a Nervine and Trophorestorative (promotes nutrition uptake at the cellular level).

Although there is not an overwhelming amount of research on California poppy, it has a strong reputation with traditional Herbalists for its calming and supportive actions for the entire nervous system. It is a gentle and mild tonic for the nervous system when it is stressed.